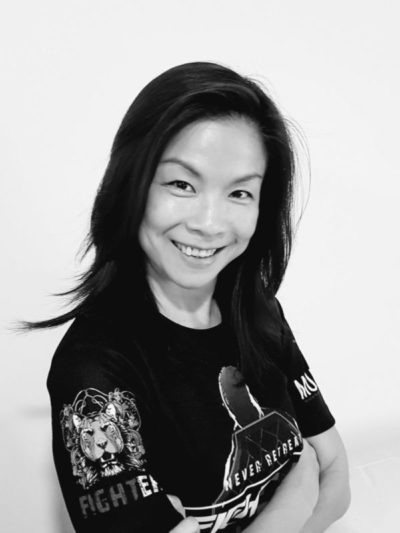 For Salt’s latest Women in Tech interview, we met with Geraldine Wong, former Country Head of Marketing for Uber, Malaysia, whose career tells a fascinating story of her rise through the marketing ranks, with appointments at the likes of Sony, SEEK Asia, Nokia and Microsoft under her belt, to talk about diversity, advice and how to navigate and progress in your career.

The #SaltSessions Women in Tech #WiT interview series speaks with thought leaders from around the world to get their opinions and advice on how they have grown their career in tech and overcome challenges and adversity during their career.

In one of my first high profile appointments for a well-known, global electronics brand, I was the first female to be appointed in what was a highly male-dominated environment. This was also going back 14 years so prevailing attitudes and cultures have moved on since then. This was a career-defining experience because it was my first senior leadership appointment and I really had to break the existing mould women had clearly taken within this setting in order to be successful in the role I had taken. I recall my first meeting to launch a major product strategy at the SEA HQ in Singapore and I got shot down. However, I persevered and subsequently got my product strategy over the line and as a result, I became the head of the department. This was my make or break experience.

I believe in the role of technology as an enabler and the need to focus on the higher purpose of technology. For instance, at Microsoft, the purpose was all about ‘driving productivity’ – the idea being that by using all the tools available, you can make life simpler and more efficient. Also, at Uber, the higher goal is all about ‘mobility for all’, so my view is that, in order to encourage more females, we should focus on the higher goal in order to make it more appealing at a human empathetic level, rather than just about servers and coding. This way, we can inspire more and have a greater impact on the female population.

The main example here is the fact that women in Malaysia, typically will not have been brought up to be outspoken and the fact is that, sometimes, in order to make oneself heard and to gain respect, it is essential to speak up and be heard. I have one example of a CEO of a company that I was working for that very clearly spoke down to myself and the other C-level female member of the management team. It was so obvious he had a condescending outlook on female contribution to key decision making, that there was an occasion I simply had to be very firm and direct in my communication back to him. It was controlled, but he definitely knew where I was coming from and it seemed to work as he was far more respectful after the event!

Linked to the above, I would say a degree of intimidation based on the traditionally submissive perception of the female role as well as a lack of flexibility around extra responsibilities that a female member of staff is often burdened with around the age of bringing kids up. I also believe there’s a certain amount of stigma associated with those women that do succeed in that they need to have an extraordinarily tough exterior in order to have climbed the ranks to that level. I believe some women feel as though they need to compromise on their core values like empathy in order to get there which is simply not true. Empathy is a very powerful quality and is actually increasingly valued in the modern work setting.

5. Who has been your biggest advocate/mentor in the workplace and why?

I can identify 3 mentors that have had a profound influence on my thinking and approach to leadership in my career, each representing quite different qualities:

6. As an employer, what infrastructure should companies have in place to develop the best talent?

I strongly believe that the process of achieving a greater representation of females in leadership roles MUST be deliberate. I am a fan of quotas that state that for example 35% or more (depending on country laws or company directions) of leadership appointments need to be female for instance. The fact is, the limiting factors for females being appointed into certain roles are complicated and often systemic, so unless we set certain targets, we will fail to achieve the balance, because objective, competency-based assessment alone will not enable us to achieve the balance we are ultimately striving for.

7. What are some of the best and worst workplace initiatives you have seen/heard of to help promote diversity?

I am a big believer in the promotion of company values as a means of attracting, retaining and promoting female staff. In my view also, it’s OK to speak of qualities that females bring to the table that can be differentiated. For instance, I believe that ‘empathy’ is a natural female strength and much needed in the workplace for it to succeed.

I also believe in flexibility for those that have family responsibilities, which is the most common challenge and area that companies need to address. However, I also believe strongly that such benefits should be awarded as evenly between men and women as possible in the interests of genuine gender equality and to avoid resentments building within the organisation. In my experience, the most successful work cultures are built on trust.

8. What is your biggest stress reliever?

I train in 3 martial arts – Muay Thai, kickboxing and MMA every morning. In fact, I alternate between 2 different trainers every morning without fail. Whilst some may feel this is just me taking out my anger on the punchbag, the purpose is actually quite different as I actually benefit greatly from the level of focus and where it takes my mind in the process.

9. Is there one piece of advice you wish somebody gave you at the beginning of your career?

As a leader it is always important to have the tough conversation – don’t avoid it. Tackle it head on and whilst it may have an emotional impact on you, the outcome will always be much clearer and easier to manage if you take the tough step.

I always believe in having a plan B AND C

I am a person of extremes – one minute the caring empathiser, the next minute when pushed, I can be very intense!

Geraldine herself has over 20 years commercial experience in the marketing field, with a strong focus on developing the branding and positioning of companies predominantly in the B2C and B2B Technology sectors. She is a proud Malaysian, though completed her tertiary education in New Zealand and took her first job there. Based on the types of companies she has worked at, she had to adopt an entirely international mindset. She has held the roles of Country Marketing Head, Head of Branding and Communications and the latest two roles have been as CMO.

She is happily married, lives life to the absolute full as her interview will highlight and places the family at the centre of her priorities. 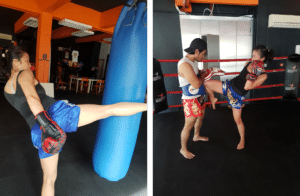 For Salt’s latest Women in Tech interview, we caught up with Ruby Chui, Partner at Brandnographer, to talk diversity and advice on creating an inclusive workplace. The #SaltSessions Women in Tech #WiT interview series speaks with thought leaders from around the world to get their opinion and advice on how they have grown their career…

Following the great feedback from our #SaltSession: Women in Tech event in London, we would like to continue the discussion around diversity with an interview series presented by Salt. We have reached out to more opinion leaders to get their thoughts and advice on how they have grown their career.

Our first inspirational interview is on Women in Technology with Sarah Jones, CEO at Sprii.com the curated lifestyle hub for the every-woman to engage, discover, interact and shop.

For Salt’s latest Women in Tech interview, we caught up with Sylvia Ding, former Country Manager of Amazon Alexa, Australia and New Zealand, to talk diversity and advice on creating an inclusive workplace. The #SaltSessions Women in Tech #WiT interview series speaks with thought leaders from around the world to get their opinion and advice…