Social media and the Malaysian election 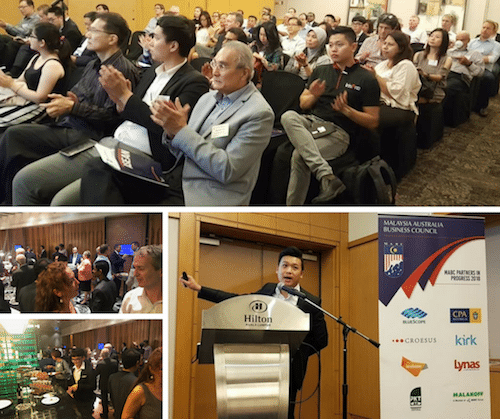 Last week Sam and I braved the Ramadan traffic and attended “The Reality of Social Media in the Last Election & How it can Affect your Business”, an event jointly organised by the Malaysia Australia Business Council (MABC) and the Engineers Australia Malaysia Chapter (EAMC) with two panellists, YenLoong Chau – Marketing Director, TechRad Sdn Bhd and Gerard Ratnam – Producer, Bernama TV with Bobby Varanasi as the moderator.

YenLoong, a lawyer by profession, shared findings from data gathering done during the 14th General Election (GE14) in Malaysia.  The data was collected between the 1st Jan and 8th May 2018; the following day Pakatan Harapan upset Barisan Nasional (BN) after 60 years in power! Interestingly the former PM Najib said that social media would be the key factor in winning the GE14 and indeed it was.

Some of the findings:

So we can see that Twitter would be the most effective medium for the English/Malay community but to reach the Chinese community Facebook would be more effective. Interestingly #pulangmengundi (go home to vote) was a tag used by a Malaysian living in Singapore who just tweeted “let’s go home to vote”, it quickly became viral and was put to full use to encourage Malaysians from all over to come home to vote for change.

YenLoong also emphasized that FB, Twitter and YouTube would be the go-to platforms for businesses where content/product detail is shared and that we shouldn’t underestimate the power of social media.

So what then happens to traditional media?

Gerard answered that whilst advertising may be low, there’s balanced and fair reporting with regards to the change in government. Fake news may be rampant via social media and WhatsApp where people are quick to share without fact checking but traditional media ensures all stories are verified.

The pros and cons of both social and traditional media were shared by some of the audience and crowdfunding was also discussed, with reference to the call on all Malaysians to contribute toward the debt settlement for Malaysia which within a few hours had already reached RM7.7million.

Our Hong Kong Office Has Moved!

Our Hong Kong team has moved into their new office! From 29th January, our Hong Kong office is now located at Room 509, Sun House, 181 Des Voeux Road Central, Sheung Wan, Hong Kong. Our contact number will change to +852 3653 7136 while our email addresses remain the same. Should you have any questions…

For Salt’s latest Women in Tech interview, we caught up with Homaxi Irani, Senior Lead, APAC UX Research at SEEK, to talk diversity and advice on creating an inclusive workplace. The #SaltSessions Women in Tech #WiT interview series speaks with thought leaders from around the world to get their opinion and advice on how they have…

CV and job searching tips from our webinar with Sistr

The current job market is currently saturated with job seekers looking for new opportunities and it can be hard to know what to include on your CV, what to say (and what not to say) in interviews and how to optimise your job search to see the greatest success. We’ve shared 5 CV and job…