Women in Tech interview with Avril Parkin, Director of Client Technology at Refinitiv 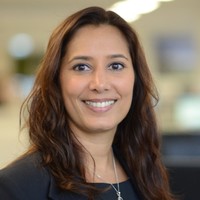 1. What has been your most career-defining moment that you are proud of?

I’m grateful for having many highlights, but it would have to be when I was asked to MC at the Breakthrough Innovation Conference in Hong Kong, introducing none other than the honourable Al Gore, former Vice President of the USA, as a guest speaker to the event.

2. What do you think we should be doing more of to encourage more girls to consider a career in tech?

There are some key issues that we need to try to get across if we are to address the gender gap in the upper technology ranks.

Firstly, and most difficult to address, there needs to be a culture change. Ultimately, the old saying applies, ‘you can lead a horse to water, but you can’t make it drink’. Many companies in the modern commercial setting do plenty to encourage women to stay in and thrive in the workplace, but for some reason, there is an all too regular opt out based on traditional expectations for women. Some countries or cultures are doing better than others, but we still see evidence of a binary choice between family and career. I was lucky enough not to see it this way, but we need to encourage more leaders to share this outlook.

There also needs to be a greater focus on productivity as a key success factor in the workplace, rather than simply being physically present. In my view, given the upscale, comfortable, spacious work setting my company, being at work is not deemed to be such a chore for most staff if they really are needed in the office anyway. Add to this the accessibility of home help in locations like Hong Kong and it becomes difficult to think where the challenges may lie for women to start to put their career first again, so it’s a matter of using the resources around you and adopting the right mindset.

Given we have all of this in place at Refinitiv, there’s really no reason for women to be held back, other than cultural or perception based reasons.

3. What challenges have you faced in the workplace, especially your experience in male-dominated environments?

I will never forget the first technical interview I had which was clearly hinged on some kind of gender quota factor and the interviewer clumsily mentioned ‘the only reason you are being interviewed is because you are a woman!’

With this example in mind, I’m not in favour of an over-deliberate approach, but it definitely is the case that diverse workforces are more productive given the wider range of ideas and approaches.

Overall though, I still don’t think there is enough female talent coming through. It’s actually becoming harder to hire females at the junior ranks into an MNC and retain them, as the top female talent is either massively sought after or they want to head off and work in a start-up environment; the Facebook and Googles of the world or dedicate themselves to a cause relating to social justice or the environment. Working for a global enterprise from the ground up just doesn’t seem attractive anymore. The irony is that many young people are also struggling to find their first rung on the ladder in the world of work, so there needs to be some kind of realignment between young peoples’ aspiration and what’s available – sometimes you simply need to work through the ranks as I have done. That said, there is definitely more that big corporates can do in terms of connecting with university leavers and developing talent at the grassroots level. Furthermore, I am optimistic about young people of today’s outlook on gender – I expect the issue to dilute and it will become a thing of the past with subsequent generations.

4. Who has been your biggest advocate/mentor in the workplace and why?

My primary source of inspiration is the current Head of Solution Sales for Refinitiv. She has a massive impact both professionally and in her private time.

She’s a great leader, truly understands the business, is a brilliant mentor for a variety of networking platforms for women and has been with the business for 20 years. She is also the co-founder of the Trust Forum Asia, which is a platform to raise awareness around slavery and human trafficking.

She’s one of my sources of inspiration and ‘go-to’ person for guidance, as well and acting as ‘career sponsor’ for my current position.

5. What is your biggest stress reliever?

I’m definitely less of a party animal compared to when I first came to Hong Kong. These days I enjoy walking the dog and scuba diving whenever I go on holiday.

6. Is there one piece of advice you wish somebody gave you at the beginning of your career?

Learn how to network and build your confidence in this area. A good starting point is to simply take the plunge and join associations and make use of communities that are relevant to your industry sector. Whilst we are moving increasingly to digital platforms for communication, there is no substitute for the connections you build both personally and in business, in a face to face capacity. This is currently one of the most significant gaps in peoples’ portfolios and therefore, one of the biggest opportunities if you get it right.

I sometimes talk to myself. I also find my own jokes very funny and will actually laugh at them – apparently this is a sign of intelligence!

Avril’s career story to date had very humble origins but is indicative of someone with massive ambitions. She left school at 17, deliberately opting out of tertiary education with the sole objective of being financially self-sufficient. Her career has had many twists and turns and has also come full circle, in terms of an employer. She started out as an office receptionist for a family-owned business, from there she worked through the ranks within a range of MNCs, mainly within the help-desk operations setting including, Unisys, TNT and NEC. Along the way, she learnt about Mainframe and Unix operations but eventually became hooked on Networks after her and a friend agreed to try their hand at a CCNA certification.

Her big break at NEC led to her running a European network operation, flying business class around Europe at the age of 23! She then joined Reuters, where she was involved in running one of the largest global private communication networks and where she moved to run global customer-facing systems. This platform was then bought by BT, after which point she moved to Hong Kong 8 years ago in a senior B2B sales capacity. Avril moved to Telstra for a brief period delivering low latency networks for the financial services sector and then returned full circle back to Thomson Reuters to her current position as Director of Client Technology, Refinitiv (formally a Thomson Reuters business).

She likes to draw reference to the 1990 advert for BT, which depicts the despondent ‘O level’ student talking to his over-optimistic grandmother about his disappointing exam results. There is a particular poignant moment where the student mentioned he managed to get a pass in Pottery, at which point the grandmother proclaims ‘everyone needs plates!’. In Avril’s world, it really was a case of ‘everyone needs networks’ and this certainly rang true in terms of how her career has evolved since! 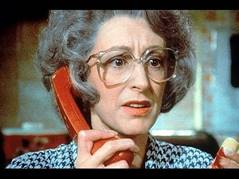 Marieke Flament, CEO of Mettle on FinTech and her best piece of advice

Diversity and Inclusion Females of FinTech Women in Tech

For Salt’s latest Women in Tech interview, we caught up with Angela Bird, Operations Director at RUSH, to talk diversity and advice on creating an inclusive workplace. The #SaltSessions Women in Tech #WiT interview series speaks with thought leaders from around the world to get their opinion and advice on how they have grown their…

For Salt’s latest Women in Tech interview, we caught up with Annette Rangi, GM Operations/Sales at New Era Technology, to talk diversity and advice on creating an inclusive workplace. The #SaltSessions Women in Tech #WiT interview series speaks with thought leaders from around the world to get their opinion and advice on how they have…

Upload your CV to our database. Our consultants will be in touch if your profile matches an open role.