What are the biggest challenges women face in the workplace today? 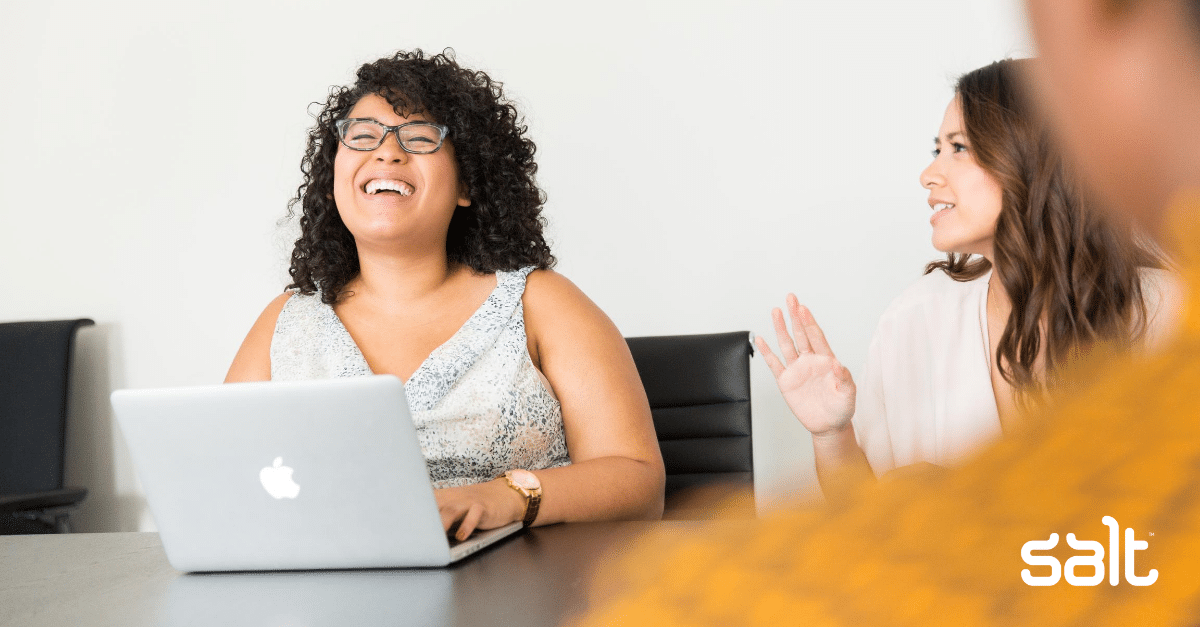 Whilst society has made progress with gender equality, there are still some challenges that women face in the workplace that hold themselves and their careers back.

Our Women in the Workplace report highlights some of the common challenges faced by women which we’re sharing in this blog post. The full report will be released in the coming days. Here are some of our findings:

It is reported that it will take 202 years to close the pay gap and 51% of women in Britain state equal pay as the most significant issue in the workplace.

Salt’s global Women in the Workplace report reveals that pay negotiations and bonus structures have been found to be gender-biased against women. Women ask for pay rises as often as men, but men are more likely to be successful.

Getting a seat at the table

A challenge for women in the workplace is getting the same opportunities as men. A study by McKinsey revealed that 1 in 5 c-suite leaders are women and only 1 in 25 c-suite leaders is a woman of colour.

Typically, men are expected to develop into a role whereas women are expected to have demonstrated achievement prior to being considered. Women’s ability to lead is often undermined by gender stereotypes, which leaders need to be more mindful of.

31% of women in the same McKinsey study stated they had to provide more evidence of competency, rising to 42% of black women, compared to just 16% of men. This highlights some of the discrimination that minority groups, particularly women, are subject to.

One of the challenges faced by women is the ineffectiveness of workplace policies from maternity and paternity packages to advancement processes. Our global Women in the Workplace survey revealed that 42% of women did not feel that advancement processes gave them adequate support to progress in their careers.

As an example, only 29% of women in Britain reported that they felt they could have children without it affecting their career. When women do return to work, they report missing out on opportunities and promotions. Childcare also proves difficult, where some women cannot afford to return to work or they struggle to juggle work and childcare. There are many benefits to flexible working, especially for parents, but companies are still hesitant to offer genuine flexible hours.

Companies need to shift their focus from hours sat at a desk, to productivity and results. Interestingly, a study from Thrive Global revealed that people in an office are only productive for 3 hours out of an 8 and a half hour day yet with flexible working both managers and employees reported more productivity.

A massive 64% of women have experienced microaggression at work. Microaggression can be everyday sexism or racism or elusive comments that often go unreported. 40% of black women reported they have had their judgement questioned in their area of expertise, as opposed to 27% of men.

Women who experience these microaggressions are three times more likely to regularly think about leaving.

A common problem in present day society with both men and women, is Imposter Syndrome, which is the inability to accept your accomplishments and intense feelings of self-doubt. A supportive environment is crucial.

Women will only apply to a role if they meet 100% of a job advert whereas men will apply if they meet 60%. HR managers and leaders need to be mindful of language used in job descriptions to avoid eliminating female talent from applying.

The more aware we are of other people’s experiences in the workplace, the more we can work together to create a genuinely inclusive and supportive environment for everyone.

We cover these topics in more detail in Salt’s global Women in the Workplace survey which will be released in the week leading up to International Women’s Day.

On Thursday we tuned into the Women in Tech Employer Awards live stream and we were delighted to hear that Salt has won the Best Recruitment Agency Award, in recognition of our work supporting women in technology! Focussing on the digital space and primarily technology, Salt has been an advocate for gender equality for years…